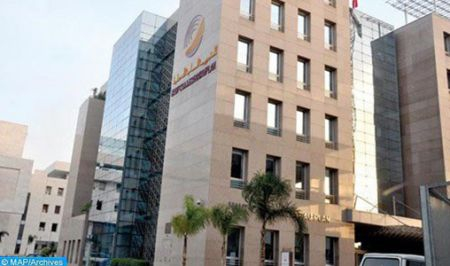 The closing of the national accounts shows a growth of the national economy at 1% in the first quarter of 2021, instead of 0.9% during the same quarter of the previous year, says the High Commission for Planning (HCP). This rise is the result of a strong increase in agricultural activity of 20.5% and a contraction of 1.4% of non-agricultural activities, explains the HCP, which has published an information note on the national economic situation during the Q1-2021. Growth has been driven by domestic demand in the context of controlled inflation and an improvement in the financing needs of the national economy, notes the same source. In detail, the HCP reports that after a decline of 4.3% during Q1-2020, the value added of the primary sector in volume, adjusted for seasonal variations, increased by 18.7% during the same period in 2021. This development is attributable to the increase in the activity of agriculture by 20.5% and fishing by 1%. The value added of the secondary sector increased by 1.5% instead of 1.8% in the first quarter of the previous year. This was due to the improvement in the value added of the extraction industry by 5.2%, processing industries (1.6%), electricity and water (0.6%), construction and public works (0.2%). However, the value added of the tertiary sector, contracted by 2.9% in the first quarter of this year after recording an increase of 1.5% in the same quarter of 2020. This drop was due to the combined effect of the decline in the value added of hotels and restaurants (50.3%), transport (10.9%), post and telecommunications (4%), financial services and insurance (3.2%) and trade (0.5%), as well as the increase in the value added of services rendered by the general public administration and social security (2.1%), education, health and social services (1%) and services rendered to households and businesses (0.6%). At current prices, GDP increased by 1.8% in the first quarter of 2021. As a result, the increase in the general price level was 0.8% instead of 0.7% a year earlier.