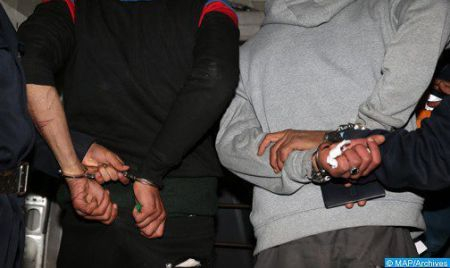 Tangier judicial police have initiated, Tuesday, an investigation into the alleged involvement of a repeat offender and a police officer working in the security district of Bni Makada, in a case of fraud and international drug trafficking. The national police (DGSN) indicates in a press release that the preliminary data of the investigation, conducted under the supervision of the prosecutor’s office, reveals that the police officer, who has a long-term leave for illness, gave the second suspect false and fraudulent promises to be an intermediary that facilitates a drug trafficking operation, in return for a sum of 36 million cents. The two suspects have been placed in custody as the investigation continues in order to clarify the case, and to determine other potential accomplices, concludes the DGSN.