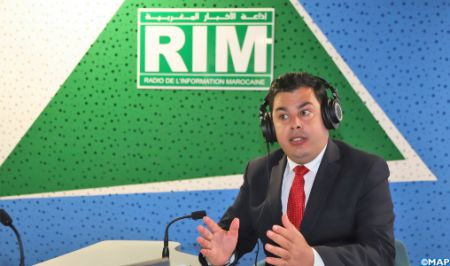 The renewed position of the United States on the recognition of Morocco’s sovereignty over the Sahara “cannot be affected by the change of presidents or parties in the U.S. administration,” said political scientist and head of the Atlas Center for the analysis of political and institutional indicators, Mohamed Bouden. Bouden, who was the guest of the Moroccan news Radio (RIM RADIO), highlighted the deep implications of the U.S. position which revolves around four basic elements, the first of which is the adoption by the U.S. administration of the complete map of Morocco, including its Sahara, in all U.S. documents and institutions, the registration of the Presidential Decree in the U.S. “Office of the Federal Register”, a source for all official documents, informing the member states of the Security Council and the UN General Assembly of the U.S. decision and disseminating it to the various components of the international community, UN offices around the world and U.S. diplomatic missions abroad. The political scientist also cited the hosting by Morocco and the United States of a ministerial meeting attended by representatives of more than forty countries, on support for the relevance of the autonomy initiative of the southern provinces, which remains the only practical and sustainable solution to the artificial regional dispute over the Moroccan Sahara issue. Regarding the second element, the expert stressed that the renewed position of the United States on the sovereignty of Morocco over its Sahara is “a state decision and not a decision of an individual, as some claim”. Referring the third element, Bouden explained that the U.S. decision is not “a decision of circumstance,” as some parties thought, but rather represents an “institutional vision based on a set of political, historical, security and diplomatic convictions and decisive factors in Moroccan-US relations,” adding that the fourth element is based on a vision of the future and Morocco’s regional role as a power in the region. “Any U.S. stance must be careful not to undermine the essence of Moroccan-American relations,” he stressed.