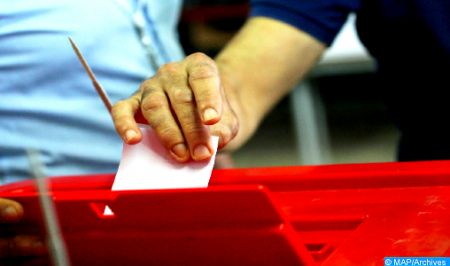 The minister of Interior informs the citizens that the rectification tables of the general voters’ lists, including the decisions of the administrative commissions, have been made available to the public for consultation, from July 9 to 15, at the offices of the local administrative authority and the services of the communes and districts. This measure is part of the preparations for the elections of members of communal and regional councils and members of the House of Representatives, scheduled for September 8, 2021, and following the closure of meetings of administrative commissions responsible for revising the general voters’ lists, under the chairmanship of the magistrates and relating to the review of new applications for registration and requests for transfer of registrations as well as to correct any errors in the current lists and proceed with the legal deletions. A statement by the ministry of Interior on the progress of the operation of revision of the general voters’ lists relating to the preparations of the next elections underlines that any interested person can consult during this same period, that is to say from 09 till 15 July, his/her own data on the electronic website dedicated to the general voters’ lists “www.listeselectorales.ma”. Also, any person whose application for registration or transfer of registration has been rejected or whose name has been removed from the electoral roll where he or she is registered may submit an appeal to the competent court, which must render its decision within a maximum period of five days from the date of submission of this appeal at the court office, according to the same source. The general voters’ lists will be finalized on July 30, 2021 before their adoption in view of the next general communal, regional and legislative elections, concluded the statement.