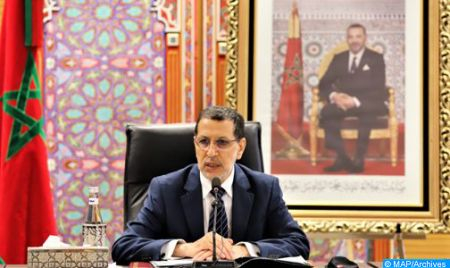 Morocco has made significant progress in establishing a culture of compliance with safety and security standards in the radiological and nuclear fields and in raising awareness of the need to protect workers, the public and the environment from the risks associated with the use of ionizing radiation. A statement by the Department of the head of Government said that Saad Eddine El Otmani, who chaired the 6th meeting of the Board of Directors of the Moroccan Agency for Nuclear and Radiological Safety and Security (AMSSNuR), stressed that the Agency was keen to cultivate this awareness in the exercise of its activities relating to approvals and inspection throughout the national territory, which involved the granting of more than 4,900 approvals and the inspection of more than 2,500 establishments and activities. The Agency has also worked to support the state by setting up a national monitoring network of radioactivity in the environment, in cooperation with the Directorate General of Meteorology, to monitor and track the levels of radioactivity in the environment and intervene appropriately to any abnormal increase in these levels, he added, noting that monitoring devices have been installed in Rabat, Casablanca, El Jadida, Fez and Tangier and that other cities will be concerned. Regarding the rehabilitation of the regulatory framework in the nuclear and radiological fields, El Otmani explained that the agency has proposed 56 regulatory texts that are being studied for approval in accordance with the procedures in force, Calling on all sectors concerned to accelerate the development of regulatory texts necessary for the implementation of the law on security and safety in the nuclear and radiological fields, in order to strengthen the protection of citizens and the environment against the potential dangers of applications of sources of ionizing radiation in the fields of health, industry, agriculture, transport, environment, scientific research and others. During this meeting, devoted to the review of the implementation of the strategic plan of the Agency (2017-2021) and the prospects of its future actions, the head of Government welcomed the interest given by the AMSSNuR to improve the level of security and safety in the nuclear and radiological fields in Morocco, in accordance with the standards and international commitments of the Kingdom, and in close cooperation with stakeholders at the national and international levels, noted the same source.