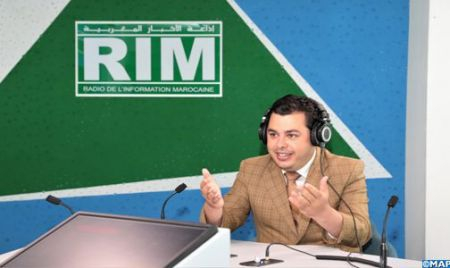 The dismissal of the former Spanish Minister of Foreign Affairs, Arancha Gonzalez Laya, is a first step to correct the trajectory of Moroccan-Spanish relations, said Saturday, the political scientist and president of the Atlas Center for the Analysis of Political and Institutional Indicators, Mohamed Bouden. In a statement to “M24” TV channel, Bouden stressed that Arancha Gonzalez Laya represented an element of tension in Moroccan-Spanish relations, and that her ouster on the occasion of a surprise ministerial reshuffle can be interpreted as a first step, in case Spain has a willingness to formulate the basic principles of its relations with Morocco, based on partnership and good neighborhood. He added that the Spanish authorities want, by this step, to move towards the correction of the trajectory that, if it persists, will certainly further erode the position of Spain at regional level. Bouden stressed that Spain is the most impacted in terms of Moroccan-Spanish security cooperation, noting that the Iberian country has been clearly affected at the economic level. For the president of the Atlas Center for the Analysis of Political and Institutional Indicators, there are positive signs related to the fact that the new minister, Jose Manuel Albares, knows very well the nature of Moroccan-Spanish relations, which will open, according to him, the door to communication between the two countries.