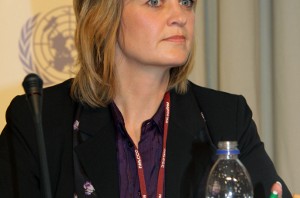 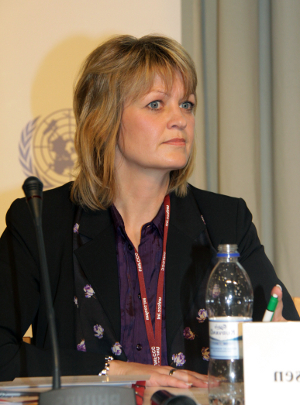 The unqualified precariousness and hardships the Sahrawis in the Tindouf camps are subject to no longer leave anyone indifferent. This was experienced by Members of the Danish parliament during a recent briefing on the situation prevailing in these camps.
The committee of the Moroccan Sahara Association in Denmark made a presentation in Copenhagen last Friday, before the Danish Parliament’s European Affairs Committee, on the latest developments of the Sahara issue and on the inhuman living conditions of the Sahrawi populations held hostages in the Tindouf camps in the Algerian desert.
The association delegation, led by its president, Mohamed Badidi, drew a dark picture of the living conditions in the camps and the impact of these conditions on the emotional and moral state of the thousands of Sahrawi who are deprived of their basic rights, including their right to freedom of expression and movement.
The association members also raised the case of hundreds of Sahrawi children, girls and boys, who are snatched from their parents and sent abroad, mainly to the notorious indoctrination centers in Cuba and Venezuela, where they are subjected to exploitation and to all sorts of ill treatment, including sexual ill-treatment.

The members of the association also insisted on the refusal of the Polisario and of Algerian authorities to authorize the UNHCR to proceed to the census of the populations living in the Tindouf camps. They fear, the association members explained, that the census operation would entail a drop of the international humanitarian aid destined to the camps, part of which is actually embezzled by the Polisario leaders and sent to fill up their own banking accounts overseas.
Mohamed Badidi informed the chairperson of the European Affairs Committee, Eva Kjer Hansen, that the humanitarian aid products sent to the Polisario by some  European countries  are often sold in the black market in Algeria and in several neighboring Sahel countries and that part of the returns of the sales goes to Al-Qaïda terrorist networks in the region.
Badidi on the other hand pleaded in favor of the Morocco proposed Autonomy Plan, which gained a wide international support, at the moment the Polisario and its Algerian mentors stick to their initial position calling for a self-determination referendum, an option deemed, even by a former UN Secretary-General’s personal envoy for the Sahara, unrealistic and impracticable on the ground.