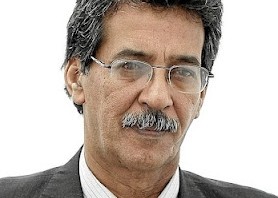 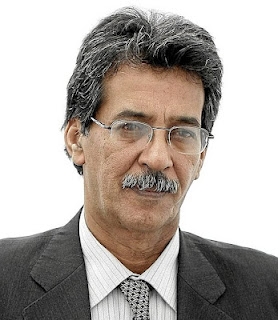 The Polisario is going through hard times, and the situation is getting worse with a series of resignations and dissension moves. The Canary Islands-based daily “El Dia” comments that the recent resignation of Hadj Ahmed Berkalla, who slammed the door at the Polisario leadership, was a “surprise” for everybody.
This resignation took place at a moment anger is growing in the Sahrawi camps, said the newspaper which has, as most Spanish media, its own information sources inside Tindouf. The protest movements of young people against the Polisario leadership have become common.  Rallied within “The Sahrawi Revolutionary Youth” movement, numerous young people regularly denounce what they consider a blocking of the settlement process of the Western Sahara issue. Even worse than that, some youth do not hesitate to accuse members of the Polisario leadership and in the first instance their boss Mohamed Abdelaziz, of treason.
For these young people, the current Polisario leadership plays into the hands of Algiers and hampers any prospect for a negotiated settlement of the Sahara issue. Instead of fighting for the Sahrawi cause, Mohamed Abdelaziz and his lieutenants devoted themselves to serving the Algerian agenda.
In this context of tension, the protests staged by young people sometimes degenerate into clashes with the Polisario troops. And this is what happened actually on July 8 as it was reported by several Sahrawi activists in the Tindouf camps.

To reduce the pressure and divert people’s attention from the impression of stagnation and lack of progress, the Polisario resorts more and more frequently to diversion. So, the Polisario leaders recurrently threaten to resort to arms to fight Morocco. Observers do not however take these threats seriously, as the decision to wage war is in the hands of Algeria and not in the hands of the Polisario. The observers explain that these belligerent roars are mainly meant to keep morale high within the Front which claims, with Algeria’s support, the independence of the Western Sahara.