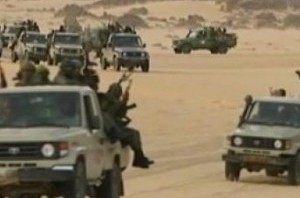 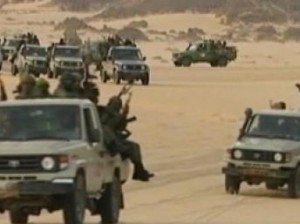 Things are becoming clearer in the case of the three European hostages, who had been detained for nine months by the Movement for Unity and Jihad in West Africa (MUJAO) in Mali and set free on Wednesday.
The liberation operation of the two Spanish aid workers and their Italian colleague included two major components of equal importance: setting the aid workers free in exchange of the release of Sahrawi Islamist prisoners, on the one hand, and the payment of a 15 million euro ransom, on the other.
This amount was confirmed to AFP by Walid Abu Sarhaoui, the spokesman for MUJAO, an AQIM dissident terrorist group. The ransom was certainly a crucial clause in the release of the hostages, on condition that Mujao commits to observe secrecy on the country which paid it. The prisoners’ liberation component was as important for the jihadist movement, because it was MUJAO which had claimed the kidnapping of the Western aid workers in October 2011 in the Tindouf camps, the stronghold of the Algeria-backed Polisario which claims the independence of the Western Sahara. Now, what is more worrying is that MUJAO considers the prisoners who were freed in Mauritania as fighters of God ( moujahidine ).

Walid Abu Sarhaoui who made this statement, also threatened to retaliate against the “Westerners who would venture in the Polisario camps” in Tindouf, Western Algeria. These comments confirm the conclusions of the reports which had underlined that MUJAO benefitted from complicities from inside the Tindouf camps to kidnap the three Westerners.
But beyond all that, the statements of the MUJAO spokesman illustrate to what extent the group in embedded inside the Polisario camps, which may become a safe haven for the jihadists of the desert. The threat is real.