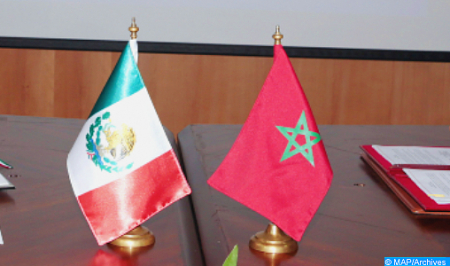 Vice-president of the Supreme Court of Mexico, Yasmin Esquivel Mossa, discussed on Friday in Rabat with senior Moroccan judicial officials ways to strengthen cooperation in this field. Esquivel Mossa, on a visit in the kingdom for several days, held a meeting with deputy president of the Supreme Council of the Judiciary (CSPJ), Mohamed Abdennabaoui, during which discussions focused on the exchange of experience and expertise, as well as on ways to consolidate relations between the two countries’ judicial institutions. Previously, the Mexican official, whose visit is part of the exceptional links between Morocco and Latin American countries, was received by public prosecutor, El Hassan Daki.