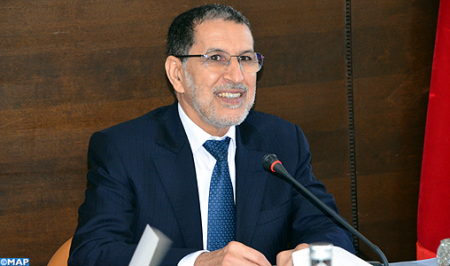 A Council of Government will be held on Tuesday and will discuss the assessment of the implementation of the 2021 finance law and the prospects for the development of that of 2022, said on Monday the department of the head of government. The Council will also examine eight draft decrees, the first of which modifies the decree relating to the extension of the state of health emergency throughout the national territory so as to curb the spread of COVID-19, the department added in a release. The second draft decree sets out the composition of the national committee in charge of implementing the sanctions provided for by the resolutions of the United Nations Security Council in connection with terrorism, the proliferation of weapons and their financing. The third draft decree concerns the appointment to higher functions, subject to deliberation by the Council of Government and the creation of the National Authority for higher functions, while the fourth one amends and supplements the decree implementing the law on public-private partnership contracts. The fifth draft decree is related to the National Commission for Public-Private Partnership (PPP), according to the same source. The sixth draft decree is about the government authority in charge of finances with a view to taking some measures related to the application of the law on the transformation of the Central Guarantee Fund into a public limited company, while the seventh defines the amount of the special allowance granted to the President and members of the Constitutional Court following the end of their functions. The last draft decree amends and supplements the decree implementing the law on the fight against doping in sport. The Council will also examines proposals for appointment to high office in accordance with the provisions of article 92 of the Constitution.