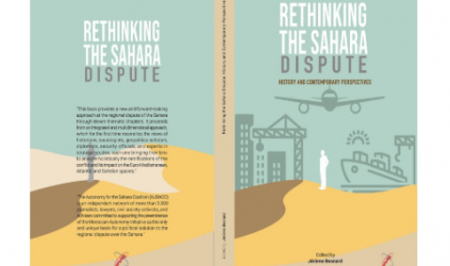 The book “Rethinking the Sahara Dispute: History and Contemporary Perspectives” is an “important” work which puts an end to the “myth of the occupation” of the Moroccan Sahara, said the former Permanent Representative of Israel to the United Nations, Yehuda Lancry, who prefaced this book. It is an “important work which sheds light on the main aspects – political, historical, sociological, diplomatic – of the dispute over the Moroccan Sahara, fuelled by Algeria through its terrorist arm, the Polisario”, Lancry told MAP about the publication of this collective work on the initiative of the Coalition for the Autonomy of the Sahara (AUSACO), on the occasion of the celebration of the anniversary of the accession of HM King Mohammed VI to the Throne. “This collection of essays, written in a spirit of moral honesty and objectivity, both by academics and former political and diplomatic figures, promotes a clear vision, based on a rigorous analysis of historical facts, as well as resounding diplomatic achievements in favor of the Moroccan Sahara, which puts an end to the myth of “occupation”, and therefore to the need for “decolonization” of the Moroccan Sahara “, underlined the former ambassador. Referring to the recent recognition by the American administration of the sovereignty of Morocco over the southern provinces of the Kingdom, Lancry noted that this decision “gives greater visibility and tangible support to the Moroccan position”. “This position converges, from a strategic point of view, with the American vision in the region which calls for more security, stability and conflict resolution in the region,” he stressed. He noted, in this regard, that “there is no gap between the Trump administration and the Biden administration, which supports and seeks to expand and consolidate peace and stability in the Maghreb and the Middle-East”. “Rethinking the Sahara Dispute: History and Contemporary Perspectives” proposes a new and prospective approach to the regional conflict over the Sahara through eleven thematic chapters. It proceeds from an integrated and multidimensional approach which, for the first time, reconciles the points of view of historians, sociologists, geo-politicians, diplomats, security officials and experts in strategic studies, each bringing their point of view to holistically analyze the ramifications of the regional dispute and its impact on Euro-Mediterranean, Atlantic and Sahelian regions.