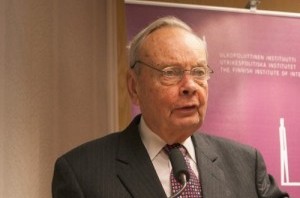 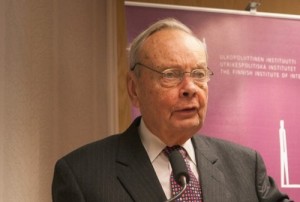 In the United States, each administration has its own policy, but when it comes to the Western Sahara conflict the American position remains unchanged. The comment was made over the weekend by William Zartman, Professor Emeritus at the Paul H. Nitze School of Advanced International Studies (SAIS) of Johns Hopkins University (Washington). For this specialist of conflict management, it is high time to settle once and for all this conflict which lasted for too long. The Morocco-proposed Autonomy Plan was constructively welcomed by the Security Council and favored over the referendum option which has been vainly floated for years.
“It’s time to discuss, mainly with the Polisario and Algeria, the details and modalities for the implementation of this autonomy proposal”, Pr. Willam Zartman insisted.
He recalled in this regard, the publishing, two years ago, of a “pamphlet” signed by former US Secretary of State, Madeleine Albright, several other senior officials of the State Department and a number of academics, underlining that the best solution is to start a phase of negotiations on the details of the autonomy and to proceed, afterward, to implementing autonomy under Moroccan sovereignty.

Hilary Clinton, he said, even added a third word to the American description of the autonomy proposal when she said that “the autonomy proposal is serious, credible and realistic”.
The American administration bases itself on the work of the personal envoy of the UN Secretary General for the Sahara, Christopher Ross, who repeatedly said he was endeavoring to build up trust.
«Unfortunately, at the end of nine rounds (of unofficial, UN-brokered Western Sahara negotiations), no progress was recorded and the negotiations process stagnated. It is, therefore, necessary to give this process a boost, and I think that it’s time to start implementing the autonomy proposal”, the American researcher told radio Medi-1.
This solution will enable the Sahrawis of all political trends to exercise self-governance within the framework of the decentralization provided for in the Moroccan Constitution, he explained.
Pr. Zartman underlined, on the other hand, that the Algerian president, who distinguished himself as a man of peace in the region in the year 2000 for his mediation in the conflict between Ethiopia and Eritrea, would gain much if he finishes his term as a man of peace in North Africa by promoting a solution to this conflict within the framework of what has been accepted by the UN and the Security Council, i.e. the autonomy of the Western Sahara under Moroccan sovereignty.