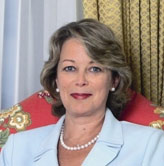 The United States made a historical declaration yesterday at the UN, through the voice of its Ambassador and Alternate United States Representative in the United Nations for Special Political Affairs, Jackie Wolcott Sanders.The United States issued its own statement voicing support for Morocco's stance, while making no mention of the Polisario's settlement plan. "We again take note of the Moroccan (autonomy) proposal presented on April 11 … and welcome Morocco's serious and credible efforts to move the process forward to a resolution," "We believe a promising and realistic way forward on the Western Sahara is meaningful autonomy," Sanders said Wednesday. "Morocco's initiative could provide a realistic framework to begin negotiations on a plan that would provide for real autonomy contingent the approval of the local population."

This statement represents a real breakthrough in the process of settlement of the Western Sahara Issue. Direct negociations are due to resume in august in the Gren Tree estate in Manhasset.