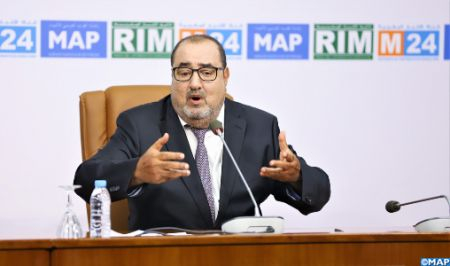 The Socialist Union of Popular Forces (USFP) expects to be among the top three parties in the next elections, said, on Thursday in Rabat, its First Secretary Driss Lachguar. This is a legitimate ambition given the efforts made at more than one level by the USFP members, said Lachguar, who was the guest of MAP Forum held under the theme “the USFP, which preparations for the 2021 elections”. The candidatures for the elections of the professional chambers, which will take place on August 6, will be the barometer of the efforts made by the members of the party, he said. The First Secretary of the USFP underlined the need for a new stage based on a “social and democratic horizon”, explaining that this slogan was developed by the party’s commissions which elaborated an electoral program encompassing several aspects, particularly the institutional one as regionalization or administrative devolution, justice, and governance bodies, in addition to their roles and their mode of development. Regarding the new development model, Lachguar reported a consensus on the strategic broad lines of this project, notably education, health, governance and freedoms, noting that this new model constitutes a reference in the electoral program that the party intends to present in the coming days.