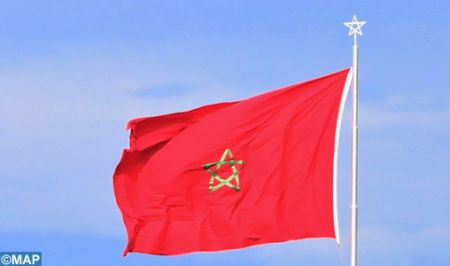 Morocco is tirelessly seeking appeasement and reconciliation with its eastern neighbor and the speech of HM King Mohammed VI is once again the illustration of this, says French geo-politologist Aymeric Chauprade, for whom the hand extended to Algeria is “the key point” of the Throne Speech this year. “King Mohammed VI gave, in this year 2021, a speech of hope in the face of the Covid-19 pandemic which affects all families indiscriminately. He showed modesty by not recalling that Morocco is one of the first countries in the world to have initiated the vaccination of its people and which has shown a response to the pandemic often more effective than some European countries. But the key point of the Throne Speech of this year, is the extended hand, once again, towards the Algerian neighbor”, underlines Chauprade in a statement to MAP. “King Mohammed VI did not seek to argue over the responsibilities for the nature of relations between the two countries. He called for overcoming the disagreements of the past and looking to the future, in the interest of the two peoples and the unity of the Maghreb”, notes Chauprade. “Morocco tirelessly seeks appeasement and reconciliation with its neighbor and the King’s speech is once again an illustration of this”, says the author of “Geopolitics of a King: Essay on a modern and multipolar Morocco”, a book on the Sovereign’s twenty years of reign. “It is undoubtedly one of the strengths of this King, who both firmly defends the sovereignty of his Kingdom and who has been able to obtain important successes in recent years on the international scene, such as the recognition of the Moroccanness of the Sahara by the United States of America and by many emerging countries of Africa and South America, but who at the same time does not give in to the aggressive nationalism that can characterize other States”, affirms the French expert.