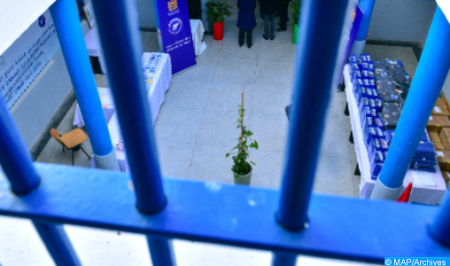 The General Delegation for Prison Administration and Reintegration (DGAPR) and the Moroccan Prison Observatory (OMP) reiterated their determination to develop their cooperation in order to serve the general interest and preserve the rights of prisoners. A meeting was held Thursday at the headquarters of the delegation between the delegate general for the Prison Administration and Reintegration and a delegation from the observatory, said a joint statement from the two parties who reached an agreement, during this meeting, to dispel any misunderstanding that may have marked the relationship between the delegation and the Observatory. The same source recalled that the relationship between the two parties was always marked by cooperation and mutual respect for their respective areas of competence. The two parties also expressed their determination to move forward in developing the various forms of cooperation in full compliance with national and international standards relating to the management of prisons, and expressed their openness to civil society organizations which are interested in this area.