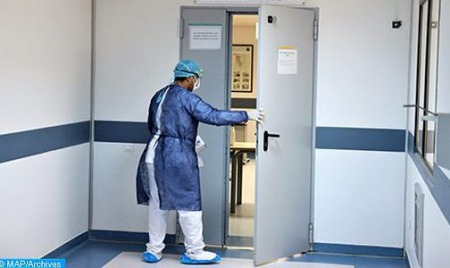 The Al-Quds specialized hospital was inaugurated, on Monday in the Gaza Strip, after it was rebuilt and equipped with Moroccan funding. The opening ceremony of the hospital, which was destroyed during the Israeli aggression against the Gaza Strip in 2008, was attended by the head of the Moroccan representative office in Ramallah, Mohamed Hamzaoui, and several Palestinian figures and officials. Speaking on this occasion, Hamzaoui recalled that after the end of the Israeli aggression against the Gaza Strip at the end of 2008, HM King Mohammed VI had chaired in Fez the signing ceremony of two agreements on the reconstruction of the destroyed wing of Al-Quds Hospital as well as the reconstruction of the Faculty of Agronomy at Al Azhar University in Gaza. After the signing of these two agreements reflecting the continuity of Morocco’s unconditional solidarity with the Palestinian people, the Sovereign had also taken, in early 2009, several decisions aimed at providing emergency aid to the Palestinian people and receiving the victims of the Israeli aggression against Gaza in Moroccan hospitals, he said, adding that HM the King had also instructed the Moroccan government to open a special account to allow Moroccan citizens to come to the aid of the brotherly Palestinian people. This initiative is an addition to a series of other solidarity initiatives, the most recent of which was the decision of HM King Mohammed VI, Chairman of the Al-Quds Committee, to send emergency medical and humanitarian aid to Palestinians in the West Bank and Gaza Strip in May. For his part, the president of the Palestinian Red Crescent Association, Younis Al-Khatib, expressed his hearty thanks to the Kingdom of Morocco, King, government and people, as well as to the Moroccan Red Crescent for their great support which allowed the reconstruction of this building. Al-Quds Hospital, with a capacity of 102 beds, has 8 operating theaters and various specialty departments, including an intensive care unit with a capacity of 10 beds and an equipped obstetrics and gynecology department, he said. The facility is equipped with modern medical equipment and is run by high-level qualified medical staff, Al-Khatib said, adding that the hospital also offers several medical support services, including a laboratory, a pharmacy and a radiology center. For his part, the governor of Gaza, Ibrahim Abu al-Naja, thanked the Kingdom for the donation which allowed the reconstruction and the equipment of the Al-Quds hospital, stressing that this medical establishment aims to provide assistance to the Palestinian people and to minimize evacuations abroad on medical grounds.