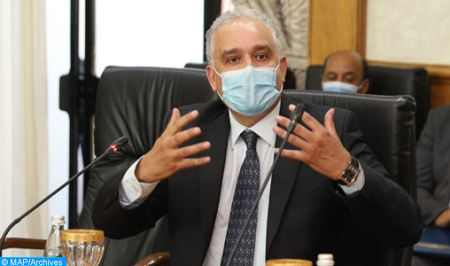 The vaccination is necessarily the only way out of the pandemic health crisis, said doctor and researcher in health policies and systems, Tayeb Hamdi. “In the absence of effective treatments against COVID-19, the only way out of this pandemic health crisis is through vaccination,” said the researcher in an article. “We hoped to put an end to this pandemic through collective immunity but the emergence of new and more transmissible variants changed it”, he noted, explaining that collective immunity corresponds to the level of the immune protection of a population against an infectious agent, which makes it possible to stop an epidemic by preventing the transmission of the infectious agent to new people, whether they are immune or not. According to him, collective immunity, when reached, is a kind of immune barrier that prevents the virus from spreading and finding potential hosts for it to multiply. Thus, the population is fully protected, both immune and non-immune for various reasons, thanks to this barrier, he said. He noted that the rate of this coverage varies depending on the contagiousness of the virus. For the Delta variant whose R0 would be around the value 8 instead of 3 for the classic strain, the coverage rate to be achieved for collective immunity is estimated at more than 85% of the population, i.e. practically the entire population or almost, said the researcher in health policies and systems. In addition, this variant reduces the effectiveness of vaccines and infects part of the population already infected or already vaccinated. Vaccinated people can catch the virus and even transmit it, less than unvaccinated people, at least three times less. Fortunately, people who are fully vaccinated have a high chance of not developing severe forms and rarely die from COVID, he added. In view of all of this data, the Delta variant will continue to seek out and infect anyone who is not immune. “We will certainly see the emergence of other variants that would be riskier than the Delta, as long as the virus multiplies freely in several regions of the world because of vaccine injustice,” Dr. Hamdi noted. The combination of broad vaccination with a respect for barrier measures will allow us to return to an almost normal life with more freedoms, more activities, and more security, while waiting for the end of the pandemic on a planetary scale, he explained.