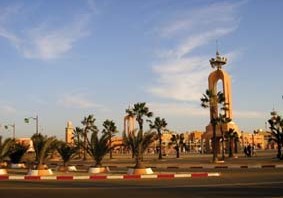 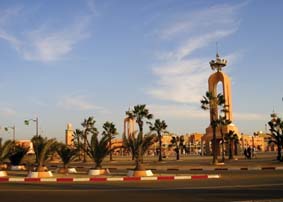 The implementation process of a new model of economic and social development as a prelude to advanced regionalization has been launched. This large scale project will first be carried out in the Moroccan southern provinces before being implemented in other regions of the kingdom. A memo outlining this major project was presented Wednesday to King Mohammed VI by the President of the Economic, Social and Environmental Council, Chakib Benmoussa.
The memo will be followed by a detailed report that will be finalized by next October by the ad hoc committee set up by the Economic, Social and Environmental Council (CESE) to this end. The report will also give greater visibility to the autonomy initiative proposed by Morocco to reach a final settlement to the Western Sahara conflict.
This is a relevant option chosen by Morocco to consolidate the development and modernization process through the implementation of the advanced regionalization program.

This program has been ranked as one of the country’s “top priorities” by the Sovereign in a speech he delivered last November 6, on the occasion of the 37th anniversary of the Green March.
For the CESE President, the current development model has reached its limits, and it was necessary to identify new ways and means that fall in line with the local populations’ aspirations.
The Council therefore intends to provide answers to the structuring obstacles hampering the development of the southern provinces at the level of economic, social, cultural, and human development, as well as at the levels of town planning, environment and governance.
As put by Benmoussa, the CESE will rely, in its approach, on the principles set out in the Constitution, as well as on the objectives of the Social Charter developed by the council, while taking into account the specificities of the region.
In his speech on November 6, 2012, King Mohammed VI had called the CESE to develop an integrated and rigorous regional development project that can be applied extensively and that can create synergy and achieve complementarity, the aim being to set up a regional economic system, conducive to growth and to the creation of wealth and employment, particularly for young people.
The Sovereign had also warned that Morocco, owing to its obligations vis-à-vis the Sahara populations, will not in any way and under any circumstances, allow that the fate of the Sahara be dependent on the wicked calculations and maneuvers of the other parties.
The countdown has therefore begun for this large scale advanced regionalization project that is based on a new model of socio-economic development that will be first implemented in the southern provinces.