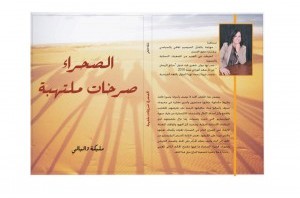 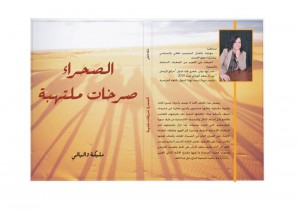 “Sahara: Fiery Screams” is the title of a new book that has just been released. The 160 page book depicts the plight and sufferings endured by the Moroccan Sahrawis forcibly detained in the Polisario-controlled camps in Tindouf, in south-western Algeria.
The author of the book, writer / journalist Malika Oualiali, tries to expose to her readers the extent of the tragedy of these hostages, their sufferings and the misery they have been enduring for nearly four decades in a furnace located in the Algerian desert.
Oualiali also surveys the proposals and initiatives that have marked the settlement process of the territorial dispute over the Western Sahara, and the part played by the Arab Maghreb Union in this issue.
The first part of the book, subtitled “Our Priority Cause: Chronology and Approach,” relates testimonies by four people, namely Abdellah Dkhil, Hassan Mimouni,  Ali Nejjab and Houssina El Moussaoui, who have all been victim of abuses committed by the Polisario repressive machine.

This part also unveils the real intentions of the separatist movement as well as its inhumane practices which target defenseless populations and which are contrary to international law.
The second part of the book assesses the various approaches adopted to reach a political settlement of the issue and analyses the Morocco-proposed autonomy plan for the southern provinces.
The author of the book deems in this context that a settlement of the Sahara issue requires moving from administrative regionalization towards political regionalization.
In the third part, subtitled “The Arab Maghreb Union and its Role in the Issue Settlement,” the author concludes that the building up of a united Maghreb region hinges on the settlement of the Western Sahara issue and that this settlement should guarantee the territorial integrity of Morocco.