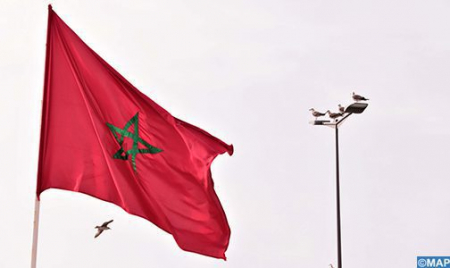 The speech delivered by HM King Mohammed VI, on the occasion of the 68th anniversary of the Revolution of the King and the People, is the reflection of a multidimensional development strategy, which combines political vision and concrete achievements, said the Association of Moroccan Competences in Switzerland (ACOMS), which paid a heartfelt tribute to the Sovereign for his far-sighted decisions and initiatives which made it possible to strengthen the Kingdom’s positioning on the international scene. “Morocco’s recent challenges were discussed and analyzed with clarity and transparency, in particular those concerning relations with its neighbors, its traditional European partners and its new positioning on the international scene”, underlined ACOMS in a press release in reaction to the content of the royal speech of August 20. This speech, “recalls the historical journey of Morocco, from which it draws its strength to approach its future with serenity. It also marks the ambition of a development strategy that combines political vision and concrete achievements”, said the association. “This speech came at the end of an intense and unprecedented episode, of fallacious accusations, and marks Morocco’s firmness against all inclinations aimed at destabilizing it or discrediting its action and its position”, noted the association. It said, in this sense, that “Morocco is changing and this change pushes it naturally to the table of the great”, noting that “this change is so rapid that, not only, it surprises some, but it upsets others”. “This speech sounds like a firm position against the lack of transparency and trust which are happening in these times of crisis”, it added.