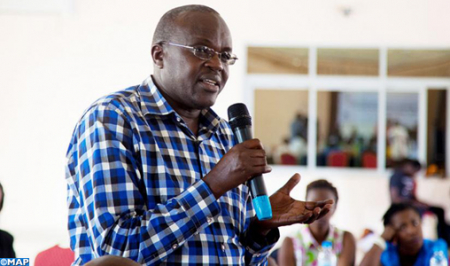 The speech delivered by HM King Mohammed VI on the occasion of the 68th anniversary of the Revolution of the King and the People reflects the “strong and sincere” commitment of Morocco to stability in the Euro-Mediterranean region, said the researcher and director-general of the Rwandan Information Agency (ARI), Andre Gakwaya. “HM King Mohammed VI has specifies, in his speech, the main principles that should shape the relationship between the Kingdom and its neighbors based on trust, respect for commitments, transparency and mutual consideration, and expressed his willingness to open a new page between Rabat and Madrid,” Gakwaya told MAP. According to the expert, this global framework of international relations laid by the Sovereign comes at a time marked by the Kingdom’s major diplomatic breakthroughs and its influential role in Africa and the Middle East. “Morocco’s commitment to contribute to the consolidation of stability and prosperity in the region is clear, reflected in the royal speech which has been warmly welcomed by senior European officials,” he pointed out, adding that the Kingdom has always respected its alliances and its continental and global commitments. Morocco has emerged as a strategic partner and player in the fight against terrorism, migration management and economic integration of the African continent.