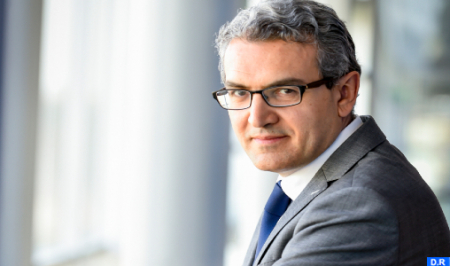 The speech delivered by HM King Mohammed VI on the occasion of the 68th anniversary of the Revolution of the King and the People was “firm” and “powerful”, said the french geopolitician Aymeric Chauprade. According to the french expert and author of “Geopolitics of a King: Essay on a modern and multipolar Morocco”, the royal speech comes in “an important pre-electoral context for Morocco”, noting that the Sovereign highlighted “the strength of Moroccan democracy, which is now well rooted in society.” HM the King also stressed “the maturity of the Moroccan political system”, noted the former MEP, adding that “this political symbiosis found in the monarchy, guarantees legitimacy, political stability and democracy”. “This complementarity between the monarchy and democracy is an asset in the face of adversity, crises and threats, as the Sovereign has well underlined”, said Chauprade. “In the light of growing geopolitical, financial and health gaps, nations such as Morocco, are reinforcing their cohesion to face challenges, while other nations in Europe are cracking from within”, noted the expert. Hence, HM the King “noticed that Morocco has recently been targeted by hostile countries and organizations,” he said. According to the expert, “a key idea which could summarize this powerful and firm speech is: when one loses its political cohesion (…) and the authority of its political institutions, one is badly placed to look for dispute with a nation like Morocco, powerfully united behind its King and its democracy.”