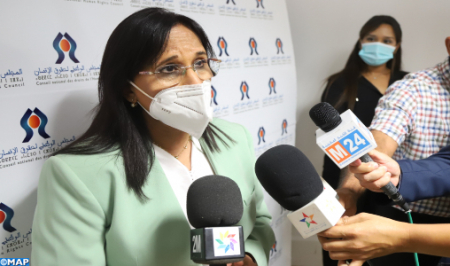 More than 4,500 observers have been approved by the Special Commission for the Accreditation of Election Observers, in anticipation of the upcoming elections scheduled in September. “During its six meetings, the Commission gave its approval to more than 4,500 observers from Moroccan NGOs, including the CNDH with more than 500 observers, who will be spread over the 12 regions of the Kingdom,” said Amina Bouayach, president of the National Human Rights Council (CNDH), at the end of the sixth and final meeting of this Commission, held Wednesday in Rabat. In a statement to the press, Bouayach said that nearly 70 international observers representing some 14 international NGOs and two international parliaments will visit Morocco to carry out neutral and independent observation of the elections, adding that this is the last meeting of the Commission before the kickoff of the election campaign. For his part, the Secretary General of the CNDH, Mounir Bensalah told MAP that the Commission has accredited, after this sixth and final meeting, more than 44 national NGOs, including the CNDH and several international NGOs for the observation operation. “This operation would make it possible to mobilize a set of observers throughout the Moroccan territory, to carry out a neutral and independent observation of the elections that will be held next September,” he said. During this meeting, the emphasis was put on the legal conditions and the criteria allowing the concerned authorities and associations to exercise an independent and neutral observation of the next elections. The Commission is composed of four members representing the government authorities in charge of Justice, Interior, Foreign Affairs and Cooperation and Communication, a representative of the Inter-ministerial Delegation for Human Rights, a representative of the national authority of probity and the prevention and fight against corruption and five representatives of civil society associations represented within the CNDH.