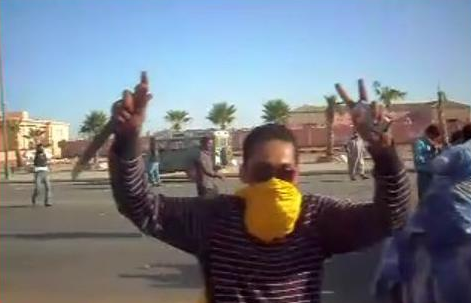 The trial of 24 activists accused of murder resumes this Friday in Rabat. The activists who are close to the Polisario are charged with the killing, more than two years ago, of 11 members of the Moroccan security forces whose corpses were badly mutilated. The incident dates back to November 8, 2010, when Moroccan police intervened to dismantle a camp set up in Gdeim Izik near Laayoune in the Western Sahara. The camp had been established by angry residents who were claiming jobs and housing and wanted thus to attract attention to their grievances. Authorities kept the camp open to allow the supply of protestors, but activists close to the Algeria-based Polisario Front, which is fighting for the independence of the Western Sahara, started infiltrating the camp. Authorities then decided to dismantle the camp. However, the police agents dispatched to carry out the operation were unarmed. That was a mistake which would cost the life to 11 of these agents, including one from the civil protection department. Most of the victims were slaughtered and horribly mutilated by seasoned activists who were equipped with knives of all kinds and shapes. The opening of the trial on February 1 before the military court in Rabat was marked by the screening of video recordings showing the violent acts and lynching at Gdeim Izik.

The victims’ family members and even some international observers attending the trial could not stand the violence of the images. Family members of both victims and defendants were present at the first session of the trial. The victims’ families have demanded that justice be rigorously rendered. According to several lawyers, in view of the seriousness of the charge of murder and mutilation of corpses, most defendants face the death penalty.