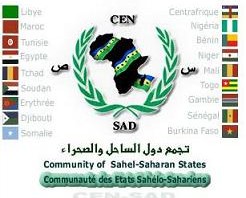 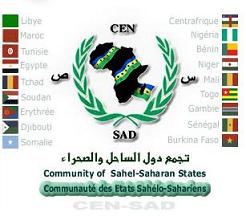 The Community of the Sahel-Saharan States (CEN-SAD), which gathers 28 African countries, is holding an extraordinary summit in N’Djamena, at a time the region is facing up unprecedented security challenges that require an urgent reform of the regional organization.
The crisis in Mali and the joint French and African intervention, alongside the Malian army, to chase the armed Islamist groups, are on the agenda of the meeting.
In parallel to this, participating States should also consider reforming the functioning of the CEN-SAD, a process that has been started but that has been stalled because of the war in Libya in 2011.
The conclusions reached by the extraordinary session of the Executive Council held in Morocco in June 2012 and the ongoing work of experts in N’Djamena should provide the basis for restructuring the organization founded in 1998 in Tripoli.

The Malian crisis has actually brought to the limelight the challenges thrown at the whole area, stretching from Mauritania to Somalia and from Egypt to Côte d’Ivoire.
In the vast desert areas that can hardly be monitored, smugglers and networks of drug and arm trafficking merged with Jihadist groups and separatist movements.
These networks of outlaws represent a real security challenge for states and governments which often do not have full control over porous borders. It is in this troubled context that a reform of the CEN-SAD becomes critically necessary.
African States participating in the N’djamena meeting will, if they revise the fundamental texts of the organization, including the Charter and the statutes of the Conference of Heads of State and Government, push forward their regional organization and make it more effective and more united in its response to current dangers.