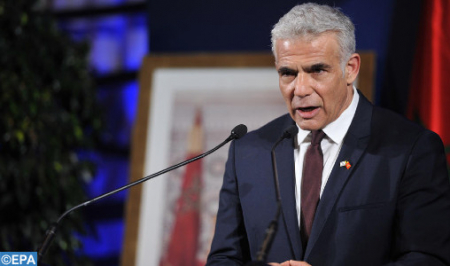 The statement by Israeli Foreign Minister Yair Lapid, at a conference held two weeks ago in Morocco, on Algeria’s ties with Iran contains “precise information,” Israeli foreign affairs spokesman Hassan Kaiba said. “Algeria has become, since the beginning of the Arab Spring, a passage for terrorist movements instigated by Iran,” Kaiba said in a statement to the website “Madar21”. “The Algerian-Iranian cooperation worries us especially that Iran aims to infiltrate all countries”, affirmed the spokesman, noting that the Iranian actions in the region of the Middle East are at the origin of destruction and terrorism, particularly in Iraq, Syria and Yemen. In this regard, he noted that “Iran continues to interfere in the affairs of African countries, including Algeria”. Regarding Algeria’s announcement to sever diplomatic relations with Morocco, Kaiba said “this is a matter between two countries linked by borders and centuries-old ties”.