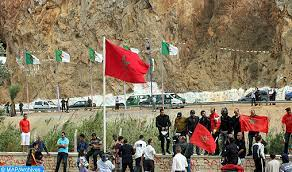 The Republic of Djibouti on Sunday expressed its “deep regret” over Algeria’s decision to sever diplomatic relations with Morocco, calling for settling the dispute through diplomatic channels. The Djiboutian Ministry of Foreign Affairs and International Cooperation underlines in a statement that the “Republic of Djibouti expresses its deep regret following the breaking of diplomatic relations between the People’s Democratic Republic of Algeria and the Kingdom of Morocco, two brotherly countries”. Djibouti “calls for making dialogue prevail and for ending the dispute through diplomatic channels so that relations are back to normal and in order to strengthen peace, stability and prosperity in the region and serve joint Arab action”, the ministry points out. Djibouti reaffirms its will to strengthen joint Arab action, to preserve unity and to bridge the gap between brothers”.