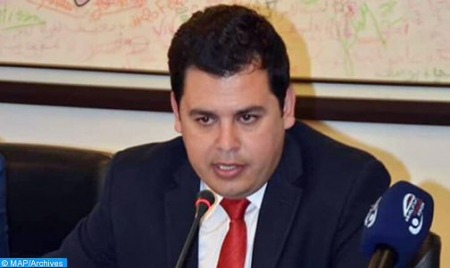 The appointment of the Russian Alexander Ivanko as Special Representative of the UN Secretary-General for the Sahara reflects the commitment of the UN Secretariat to ensure that MINURSO fulfills its mandate under Security Council resolution 690 (1991), said the President of the Atlas Center for the Analysis of Political and Institutional Indicators, Mohamed Bouden. The appointment was made based on a set of conditions and criteria as well as a broad knowledge of the work of the UN, Bouden told MAP, adding that Morocco has always expressed its support for the efforts of the UN Secretary-General and his representatives. The Kingdom believes that the UN must continue to deploy the necessary means to carry out its mission under international law and Security Council resolutions, he added. He recalled that Russian Alexander Ivanko is the 7th Special Representative of the Secretary-General in the settlement process of the regional conflict over the Moroccan Sahara, noting that four Personal Envoys have been appointed since March 1997. Along with Ivanko, 10 other Russians are among the MINURSO delegation.