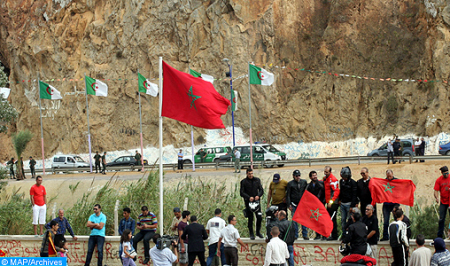 Algeria’s decision to sever diplomatic ties with Morocco is likely an attempt to divert attention from its domestic predicament, writes David Pollock, an expert at the US think tank “The Washington Institute”. “Algeria, in my view, plays the leading role in this tragicomedy,” says the political scientist, explaining that behind the media and diplomatic campaign conducted by Algiers against Morocco probably hides the difficult domestic predicament of the Algerian government. “It is an unpopular, autocratic government, elections notwithstanding, confronting mass protests by the opposition (Hirak) and other social movements over the past two years; and it presides today over a sharply declining economy with little prospect of near-term recovery,” according to the US expert. “Trying to deflect popular dissatisfaction by changing the focus to foreign scapegoats is a tired but time-tested technique of such regimes,” he stresses. For Pollock, HM King Mohammed VI’s recent Throne Day speech was “notably conciliatory toward Algeria”. Referring to the position of the United States in the face of this episode, the US analyst said that “Washington, which would like to maintain its long alliance with Morocco while improving its ties to Algeria, can do little more than look on with dismay as the two drift further apart”. The expert added that US officials are “overburdened” these days by much worse crises and dilemmas, from Afghanistan to Iran, not to mention the domestic economic and health challenges facing the country. “As a result, no one should expect an effective American attempt at North African conflict management or mediation,” he underlines, noting that “the saving grace for all involved is simply that no one really desires to indulge in the unpredictable risks of a full-fledged confrontation, either”. “The Algerian-Moroccan diplomatic rupture, in short, is cause for concern, but not for major alarm,” the US expert concludes.