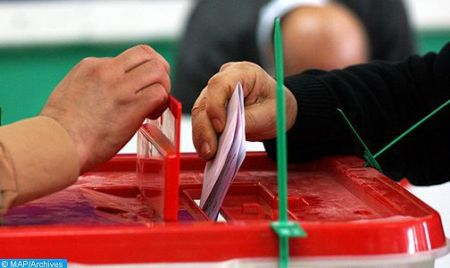 Nineteen international organizations and bodies, represented by more than 100 observers, have been accredited for the September 8 elections, the National Human Rights Council (CNDH) announced Wednesday. The organizations and bodies from Africa, Europe and Asia will carry out their observation mission in the electoral districts of their choice in the twelve regions of the Kingdom, the CNDH said in a statement. According to the same source, they are, among others, the Parliamentary Assembly of the Council of Europe, the International Organization of the Francophonie, the Russian Civil Chamber, the Congress of Local and Regional Authorities of the Council of Europe, Gender Concerns International, Nouvelles Perspectives, the National Council for Audiovisual Regulation in Senegal, the Higher Council of Communication in Burkina Faso, the African Center for Conflict Prevention, the Eugène Delacroix Circle, Dynamic Morocco and the Network of African National Human Rights Institutions. On the Arab level, the accredited institutions include the Arab League, the Arab Parliament and the Arab Network of National Institutions for Human Rights, said the statement, adding that the diplomatic representations in Rabat of the European Commission, the United Kingdom, Canada and the Netherlands will also observe the 2021 elections. The CNDH indicated that communication meetings will be organized for the benefit of these organizations and bodies, in order to shed light on the legal arsenal relating to elections and observers. The observers join more than 4,600 others, representing 44 national NGOs, in addition to the CNDH.