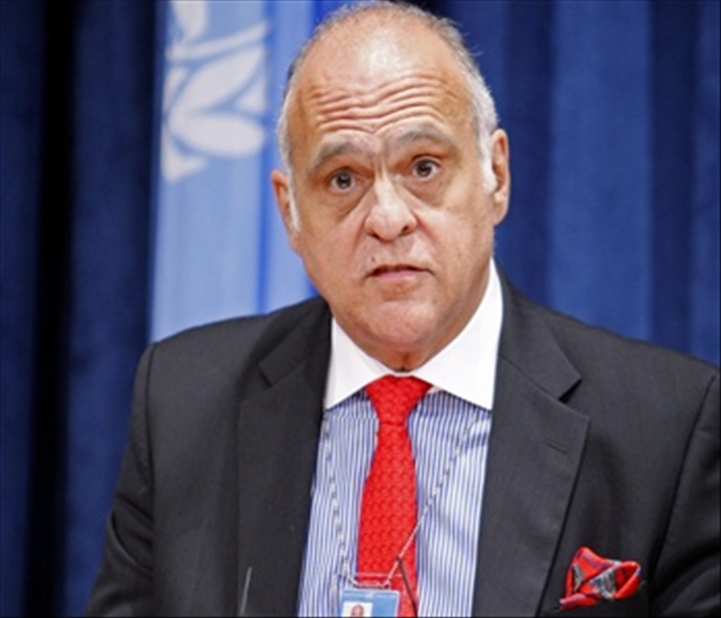 The UN mediator for the Sahara, Christopher Ross, takes up his pilgrim’s staff again on Wednesday in another attempt to persuade the parties to the Western Sahara conflict to sit at the table of direct negotiations.
After he visited more than a month ago the capitals of the Group of Friends of Western Sahara (Washington, Moscow, Paris, Madrid, London), as well as Germany and Switzerland, to seek international support for his approach, Ross is to resume contacts with the parties directly involved in the conflict (Morocco, Algeria, Mauritania and the Polisario Front).
The purpose of this new North African tour is to prepare the ground for a “possible resumption of direct talks” on the Sahara conflict, as a settlement of this issue “becomes more urgent than ever” in view of the “growing risk of instability in the Sahel” UN deputy spokesman, Eduardo del Buey, told reporters in New York on Friday.
Ross’s trip, to run from March 20 to April 3, is “to prepare for the next phase in the negotiating process and a possible resumption of direct talks to achieve a mutually acceptable political solution,” he said.

“The current conflict in Mali and the heightened risks of instability and insecurity in the Sahel and beyond make a solution to the Western Sahara conflict more urgent than ever,” the UN spokesperson said.
This will be Ross’s second tour in the region after the one he undertook in October 2012. The UN Secretary General’s Personal Envoy for the Western Sahara had then proposed a new methodology based on “shuttle diplomacy” to put the negotiations process back on track.
The UN envoy had also voiced concern over the status quo and warned that the long-running conflict could have tragic consequences for the peoples of the region.
On the basis of Ross’s consultations with the parties to the conflict, the UN Secretary General ban ki-Moon will submit a new report on the Sahara issue to the Security Council in April.
The UN mediator’s mission seems rather difficult, if not impossible, in view of the persisting tension between Morocco and Algeria and the high risks posed by the Malian conflict to the whole Sahel region and to the Maghreb.