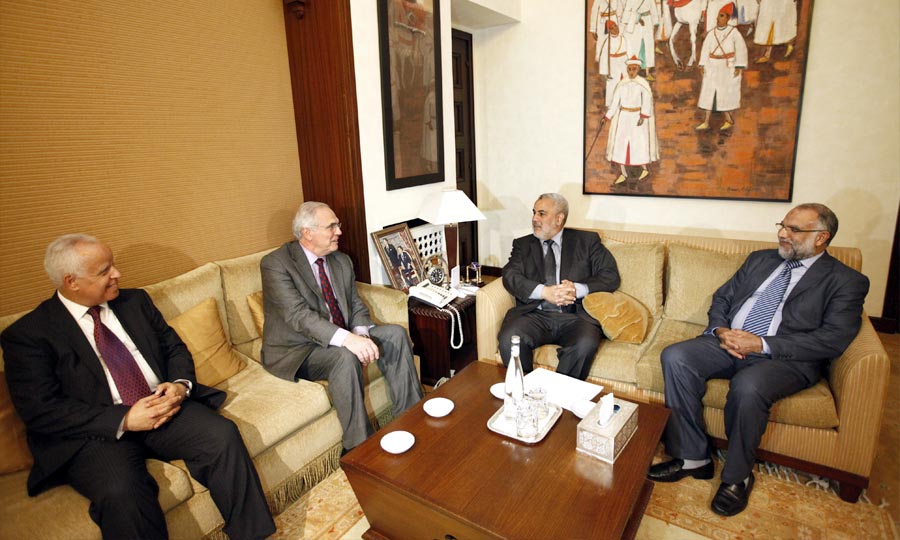 The Malian conflict and the subsequent regional destabilization risk make it most urgent to reach a negotiated settlement to the long-running Western Sahara conflict. Senior UN officials are well aware of the situation and are determined to push forward the negotiation process.
It is precisely with this in mind that the personal envoy of the UN Secretary General for the Western Sahara, Christopher Ross, is currently undertaking his second North African tour.
The UN mediator arrived in Rabat on Wednesday, first leg of this tour that is meant to pave the way for a “possible resumption of direct negotiations” on the Sahara.
Ross pointed out upon arrival that in view of the situation in the Sahel and in the whole neighboring region, “it is more urgent than ever to find a solution to the Western Sahara issue.”
The same conclusion was drawn less than a week ago by the UN spokesperson, Eduardo Del Buey, who had warned that the “the current conflict in Mali and the heightened risks of instability and insecurity in the Sahel and beyond make a solution to the Western Sahara conflict more urgent than ever.”

The Speaker of the Moroccan House of Representatives, Karim Ghellab, commented after a meeting with Ross in Rabat, that this development confirms “the accuracy of the standpoint of Morocco which has repeatedly attracted the international community’s attention to the dangers looming on the region.”
Christopher Ross, who is to wind up his tour on April 3, said Thursday he held thorough, far-reaching discussions with the head of government, Abdelilah Benkirane, the Speakers of the two Chambers of Parliament, Karim Ghellab  and Cheikh Biadillah, and the Foreign Minister, Saad Dine El Otmani. Talks focused “on the best ways to put the negotiations process back on track,” he said.
During his talks with the UN envoy, Benkirane recalled the various initiatives put forward by Morocco in a bid to reach a political realistic solution acceptable to all parties, on the basis of the Moroccan autonomy proposal and in full respect of the country’s sovereignty and territorial integrity.
Ross is expected on Friday in Laayoune and later on in Dakhla. This is his second trip to the Moroccan Southern provinces since his appointment as the UN Secretary General’s personal envoy for the Western Sahara in 2009.
After the Sahara, Ross will visit Algeria, the Tindouf camps- the Polisario’s stronghold- and Mauritania. Christopher Ross is to submit a report on his trip to the Security Council on April 22.
For now, no one can predict the outcome of this latest attempt by the UN mediator to unlock the Sahara conflict stalemate.
In case of another failure, Christopher Ross may be forced to step down from his position and to let another mediator try to find a settlement to a conflict that has lasted for too long.