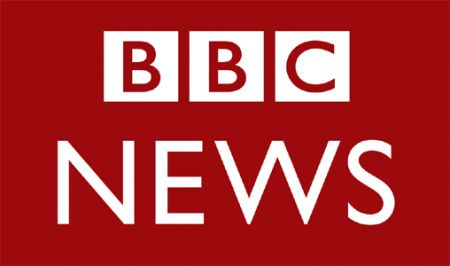 Scapegoating Morocco is an old tactic to divert attention from the Algerian regime’s “spectacular failure” in dealing with domestic problems such as the forest fires, the Covid-19 pandemic and the lack of jobs, BBC says. “If the official name of a state has the words ‘democratic’ and ‘popular’, it is arguably neither,” BBC underlines in an Op-Ed published on its website. “Ask any of the thousands who have taken to the streets in Algeria since 2019 and they will concur that their regime is neither democratic nor popular,” the British media outlet points out. “They would say that their country has been run by a clique for decades, with the military holding the reins of power behind a civilian façade, and used the country’s oil wealth to line their pockets.” “Further, the protesters view successive parliamentary and presidential elections as a sham to bestow legitimacy on a regime that otherwise has none,” the source added. Another tell-tale sign of a “people’s democratic republic” is that in moments of national crisis, the government’s first reaction is to blame foreigners or “fifth-columnists”, the BBC recalls, adding that the Algerian regime “moved a gear higher by announcing that next-door neighbour, and old regional rival, Morocco had been found guilty of fomenting trouble for Algeria.” “Critics were quick to point out that scapegoating Morocco and domestic opposition groups is an old tactic to divert attention from the regime’s spectacular failure in dealing with domestic problems such as the forest fires, the Covid-19 pandemic and the lack of jobs.” When Algeria was hit last month by a wave of forest fires that devastated thousands of hectares of trees and green pasture and killed at least 90 people, including some 30 soldiers who had been deployed to put out the fires, the government’s first response was to point the finger at arsonists and to vow to hunt them down, the author of the article underlined. “It provided no evidence. Not a word was said about climate change or that similar fires have been raging across the Mediterranean,” he added. It was a similar response when the harrowing details emerged of the lynching and burning of the body of 37-year-old Djamel Ben Ismail, who had gone to the Kabylie region to help fellow Algerians extinguish the fires, the BBC points out, adding that Algerians were shocked by the savagery of the perpetrators. “Embarrassingly for the government, it unfolded under the watchful eye of the police, who did next to nothing to stop the onslaught.”   The government has defended the officers, saying they had come under attack from a violent mob, who snatched Ismail from a police van, the source added. The authorities have rounded up dozens of people – the latest count is about 80 – and accused them of involvement. “Characteristically, they were paraded on state television handcuffed while making confessions that, conveniently for the regime, implicated a local political organisation that the government recently designated a terrorist group.” The organisation, known by the acronym MAK, campaigns for the independence of Kabylie, a predominantly Berber region in northern Algeria, which was worst hit by the fires, BBC said, adding that the region is also the birthplace of Hirak – the movement whose protests led to the ending of the two-decade rule of President Abdelaziz Bouteflika in 2019. “Hirak has continued to spook the old Bouteflika allies who have succeeded him,” the source underlines, noting that typical also of the “democratic people’s republic” is that the people rarely trust what the state media says. “As a result, speculation was rife as to who actually was behind the brutal mutilation of Mr Ismail.” Last month, as infections peaked amid a severe shortage of oxygen for seriously ill patients, the government issued directives to the media to play down “the bad news”, BBC recalls, adding that it was straight from the textbook of totalitarian states – blame the media for the regime’s failures. “Yet, paradoxically, the pandemic gave the regime respite from the protests organised by Hirak. It was a perfect public health pretext to ban gatherings and demonstrations.” But after a lull, the protesters were back on the streets of Kherrata in Kabylie earlier this year to mark the second anniversary of Hirak, the British media outlet said, adding that they want a complete dismantling of the old order and reject what they regard as a rearranging of the deck chairs. “Their anger has its roots in the failure of the post-independence state to deliver a decent standard of living and political freedoms.”