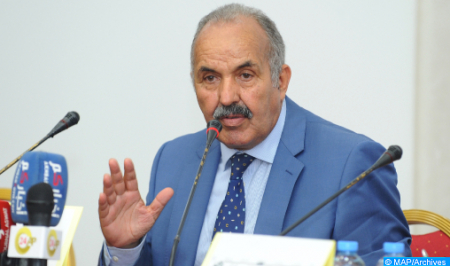 The Secretary General of the Social Centre Party, Lahcen Madih, has expressed the wish that the September 8 elections will be an opportunity to reshape the political landscape and to promote new elites capable of taking up political responsibilities over the next five years. In an interview with MAP, Madih stressed that the upcoming elections will take place in an unprecedented context marked by the social and economic repercussions of the COVID-19 pandemic, particularly for the most vulnerable social categories and people who earn their living in the informal sector. The challenges posed by the pandemic represent a priority during these elections, in addition to consolidating democratic gains so as to ensure a dignified life, he added. Madih underlined that the proposals contained in his party’s program are the result of numerous debates and meetings organized by his party, in addition to listening to the suggestions and expectations of citizens, noting that this is a program which primarily insists on access for all to quality public education, the improvement of health care and the preservation of purchasing power. Regarding education, he said that public schools are no longer able to provide quality education, which forces the majority of people to resort to private education, adding that this is the reason why it is urgent to undertake a comprehensive and judicious reform. He stressed, in this regard, the need to strengthen control over private schools and to offer reasonable pricing within the reach of all budgets. In the sector of health, he pointed out that his party’s program aims to ensure access for all to health care in the public service while ensuring control of private clinics, especially in terms of excessive overpricing. According to him, government control of private schools and clinics will have no impact on the state budget. On the contrary, it will be, according to him, a great contribution in improving and increasing the purchasing power of citizens. As for the ambitions and chances of the party in the elections, Madih expects a better parliamentary representativeness able to better meet the expectations of those who voted for the party and thus take part in the management of public affairs.  Faced with electoral desertion, which he explained by the loss of confidence of citizens and also the tendency of some parties not to honor their electoral promises, he said that his party has made significant efforts to encourage Moroccans to take part in these elections.