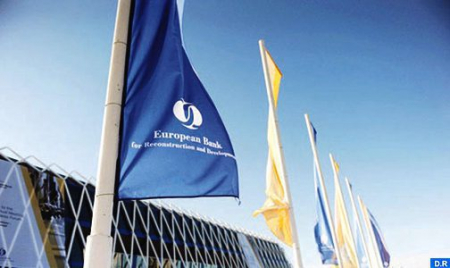 The European Bank for Reconstruction and Development (EBRD) has appointed Antoine Sallé de Chou as its new Head of the Bank’s operations in Morocco. Based in Casablanca, Sallé de Chou will take up his country director role on 1 September, succeeding Marie-Alexandra Veilleux-Laborie, the Bank said Wednesday in a release. He will be responsible for the EBRD’s investments and operations in the country and report to Heike Harmgart, the Bank’s Managing Director for the southern and eastern Mediterranean (SEMED) region. Sallé de Chou said: “I am honoured to take on this new responsibility. I am committed to building on the successful track record the EBRD has achieved in Morocco. We will continue to support the country through investment, small business advice and policy dialogue to strengthen its economy and advance its private sector.” A French national, Sallé de Chou joined the Bank in 2013 as Senior Counsellor for Strategy and Policy. In 2017 he was appointed Head of Office in Tunisia, where he managed a significant scaling up of the Bank’s investments and enhanced policy engagement with the authorities, notably on the EBRD’s Green Economy Transition approach. Before joining the Bank, Sallé de Chou worked in management consulting in London and with the French Treasury, based in Moscow. He holds an MBA from INSEAD and a master’s degree from Sciences Po. Morocco is a founding member of the EBRD and became a country of operations in 2012. To date, the Bank has invested almost €3 billion in the country through 74 projects.