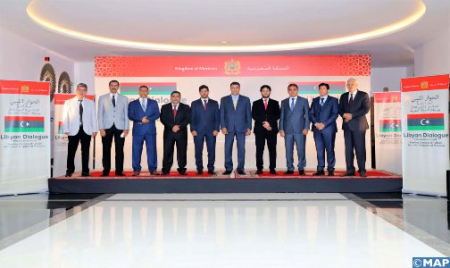 The position of the Kingdom at equidistance from the stakeholders in the Libyan conflict “is undoubtedly a reason for success” of the negotiations, writes the Mauritanian media “Saharamedias”. “The Kingdom is trying to build bridges between stakeholders,” said the Mauritanian publication commenting on the recent visit to Morocco of the Speaker of the Libyan House of Representatives, Aguila Saleh and the Vice President of the Libyan Presidential Council, Abdullah Allafi. According to the media, this is a diplomatic achievement in Rabat of representatives of the parties to the conflict in Libya to “exorcise the blockage experienced between the legislative power and the executive authority”. Under the auspices of Morocco, this meeting was an opportunity for these senior Libyan officials to discuss appropriate solutions to a crisis and especially an unblocking of the relational crisis between the legislature and the executive authority to be able to consider a comprehensive solution and particularly in view of holding elections on December 24, it said. The meeting between Aguila, who came to Morocco as part of an official visit to consult with Moroccan officials on the evolution of the Libyan crisis in order to overcome the obstacles related to the establishment of adequate conditions for the organization of elections on December 24 in accordance with the UN roadmap, and Allafi aims to discuss the modalities necessary for the management of the current transition phase, the media noted. The talks, according to the same source, aim to ensure a peaceful transition of Libya to a stable phase by providing the necessary guarantees for the holding of transparent elections, the results of which will be respected by all Libyan parties.