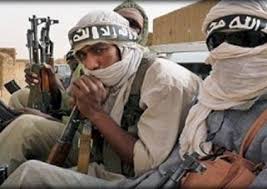 Hundreds of fighters from the three armed Islamist groups which occupied Northern Mali continue to flee the frontline to escape the French and African soldiers chasing them out.
Being under attack since the beginning of this year by the raids of the French air force and assaults of French-African tanks, the Jihadists leave the area by the dozen aboard all-terrain vehicles to seek refuge in Mauritania, Niger, Chad, Libya and Darfur. They also head towards southern Algeria where they join the Polisario-controlled Tindouf camps.
Malian military sources say they have seen convoys of Sahrawis and Arabs, who had fought in the ranks of the Movement for the uniqueness and Jihad in West Africa (MUJAO), leaving the Ifoghas mountainous area and heading towards the Tindouf camps.

Moreover, even the UN Secretary General, Ban Ki-Moon, has alluded that terrorist groups from Mali may settle in the Tindouf camps. It is for this very reason that he stressed the urgent need to find a solution to the Western Sahara conflict to cut short the intrusion of these subversive elements in the Tindouf camps that they may use as rear bases of Al Qaeda terrorist franchises.
In the same vein, the Malians fear a massive return of the fighters of MUJAO and of the two other armed Islamist groups present in Mali, Al-Qaeda in the Islamic Maghreb (AQIM) and Ansar Dine (Defenders of Islam) after the departure of the French and African troops.
In his latest report to the Security Council, Ban Ki-moon stated that the governments of the region have voiced, during consultations, serious concerns about the impact of the fighting in Mali on neighboring countries and the risks of radicalizing the Tindouf refugee camps that are “a time bomb”.