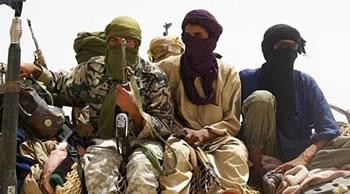 The Tindouf camps have become a sanctuary for terrorists and traffickers of all kinds. Recent events in the region have confirmed contents of several international experts’ reports which had documented the connection between elements of the Polisario and Al Qaeda network franchises in the Sahel. This reality has been underlined anew by the London-based “Al-Arab” daily which stated in its Wednesday release that the Tindouf camps have become a breeding ground for extremist groups. The recent UN Secretary General’s warning about the escalating radicalization in the Tindouf camps confirms the findings of several international experts who had drawn attention to the alarming situation in this area. In his latest report to the Security Council on the Western Sahara, Ban Ki-moon deplored the tragic living conditions in the Tindouf camps, which have become “a ticking time bomb,” he said, calling for an urgent solution to the Sahara conflict. Ban Ki-Moon’s fears are based on reports having confirmed the involvement of some sides from within the Tindouf camps in the war in Mali and in the kidnapping of three Westerners in these camps, said the daily, which recalled that scores of armed men from the camps have joined extremist groups in northern Mali, before the offensive launched by French-Malian forces against these terrorists. “Al Arab” daily quoted Malian security sources as saying that Jihadists from the Tindouf camps arrested in Mali admitted having taken part in the fighting alongside the Movement for Oneness and Jihad in West Africa (MUJAO ).

They also admitted having been trained by elements of the Polisario, before they rallied fighters in Mali, “Al Arab” said, adding that these Jihadists from the Tindouf camps represent the largest foreign group to have infiltrated Mali during the four months preceding the French intervention. The deteriorating situation and the extreme poverty prevailing in the Tindouf camps make of the Sahrawi populations an easy prey to terrorist organizations such as AQIM (Al Qaeda in the Islamic Maghreb). Many unemployed young Sahrawis found no other way to earn a living than engage in illegal activities such as illegal immigration and trafficking of drugs and weapons under the passive watch of Algerian authorities, the daily said.