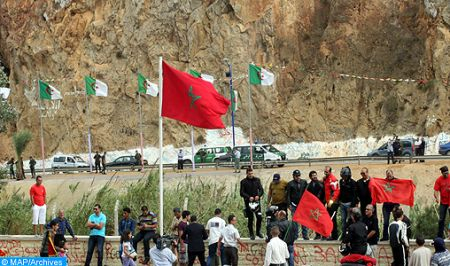 “Algeria’s breaking of diplomatic relations with Morocco is a reckless act. It is the swan song of a dying regime,” writes Hubert Seillan, a lawyer at the Paris Bar, president of the France-Morocco Foundation and member of the International Platform Moroccan Sahara. Analyzing the unilateral rupture by Algeria of diplomatic relations with Morocco, Seillan explains that it “had no echo on the States”, adding that “apart from press releases, the hoped-for solidarity movement has not received any significant attention”. For this professor emeritus of law, “in truth, Algeria tires the World, on this subject out of time of the Sahara”, noting that “the silence of the States and the major media was the right sanction of the impropriety as much as of the uselessness of the decision”. “Coming after fiery warlike statements and incoherent accusations on the Kabyle question,” he notes, “the rupture appeared to all without serious political significance. It could not be otherwise. The political sense has undoubtedly missed the leaders of the country”. The Parisian lawyer points out that the Algerian regime then raised the economic and financial specter of gas by questioning the Maghreb-Europe gas pipeline, noting that “as the country is strongly discredited by its internal divisions, its serious violations of basic human rights and its lack of real democracy, it is quite unlikely that Europe rallies behind it against Morocco”.