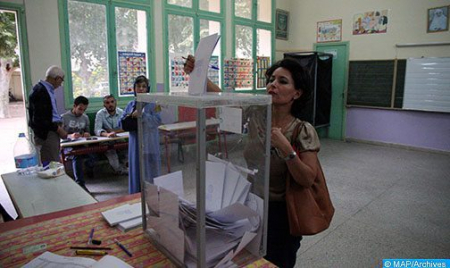 Achieving social justice is one of the main outlines of the electoral program of the National Democratic Party (PDN) for the September 8 elections, underlined the party’s secretary general, Moussa Saadi. “Among the important objectives of the PDN are the defense of social justice between villages and towns, the rural world and working-class neighborhoods, and the imperative to give a particular interest to agriculture without marginalizing the small and medium farmer,” Saadi told MAP. The party gives also a particular importance to rural development, the environment, the participation of women and young people in the national political landscape and achieving the economic and social prosperity of the country, as well as the fight against unemployment, he added. Regarding the electoral campaign, Saadi said that his party is continuing its campaign with determination and enthusiasm, stressing that the party was not able to cover all the regions of the kingdom. As for the representativeness of women, he noted that on the basis of the principle of parity and equality, the party has promoted the participation of women, recalling in this regard the establishment of an organization of the democratic woman. With regard to young people, the party has created an organization for the national democratic youth, in order to give the opportunity to these two important social sections to contribute to the building of the Morocco of tomorrow, he concluded.