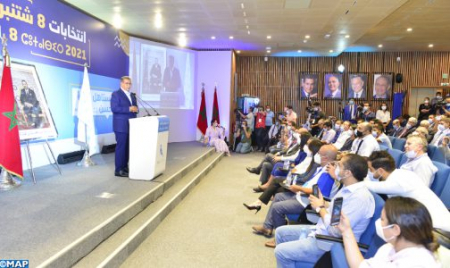 Moroccans’ strong participation in the September 8 elections demonstrates their aspiration for change and reflects their awareness of the importance of these events, said, on Wednesday, Aziz Akhannouch, president of the National Rally of Independents (RNI). Mr. Akhannouch welcomed, in a statement to the press at the party’s headquarters in Rabat, the voter turnout of 50.18%, which is considerably higher than those of 2016 (43%) and 2011 (45%). The politician described the turnout as “more than honorable”, highlighting the people’s strong desire for change. “Our country has met the challenge of holding these elections on time and in normal conditions, despite of the exceptional situation triggered by the COVID-19 pandemic,” he added. According to the ministry of the Interior, the voter turnout has reached 50.18% at the end of the voting process.