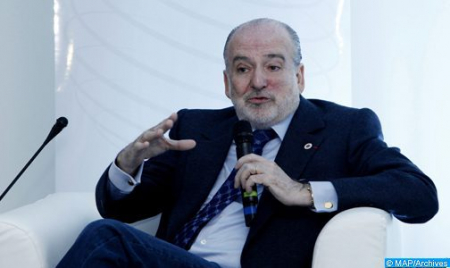 The results of the elections which took place Wednesday in Morocco represent an event of global significance, underlined, on Thursday, Ambassador Jean Paul Carteron, Chairman of the Board of Trustees and of the Crans Montana Forum. “This election in fact took place at a time when the historic anger and the permanent uproar of Algeria on the Moroccan Sahara issue could lead uninformed observers to think that a problem of unity really existed at the heart of the Sahrawi populations. Not at all,” said this expert in international relations in a statement. Carteron underlined on this occasion the policy led by HM King Mohammed VI “which he has patiently implemented since his accession, a vision that everyone recognizes and respects political life”. HM the King, said Ambassador Carteron, “has continued to conform to the flows and movements of a democracy which he has not only consolidated but always encouraged”. The President of the Crans Montana Forum in Dakhla noted that “Morocco’s strength and the basis of its stability and progress is that the Throne has always shown respect for popular choices.” Regarding the voter turnout recorded in the Southern Provinces, Mr. Carteron underlined that this stong participation is also a message “to those who for ages have been trying to undermine the territorial integrity of the Kingdom”, noting that “this masked guerrilla war led by a neighbor which is historically jealous of Morocco’s successes must now cease definitively”. The international community, he said, “must not accept any longer that an entire population – which has just massively demonstrated its attachment to its Nation and its Leader – can still be taken hostage by thugs who pursue more than one personal agenda than anything else”. He announced on this occasion that “the WDA-World Diplomatic Academy, in association with the Cercle des Ambassadeurs in Paris and the Crans Montana Forum, will very soon organize in Dakhla a high-level diplomatic meeting to allow everyone to see, to appreciate and recognize what the royal vision has enabled in terms of miracles. A miracle for Morocco. A miracle for the Saharan regions of Morocco. A miracle for the whole of Africa”.