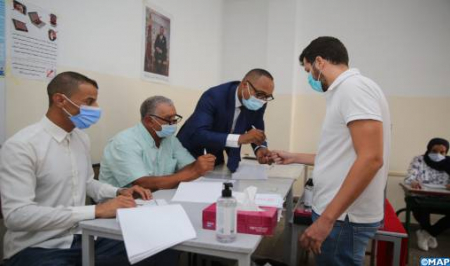 The electoral process of September 8 took place “in an efficient, organized and structured manner”, said Thursday evening the spokesperson of the association Dynamic Maroc, Driss Ettazaoui . Despite a few isolated cases, the election was organized in a positive manner in strict compliance with barrier gestures due to the Covid-19 pandemic, Ettazaoui told MAP. The spokesperson of the Dynamic Maroc association, whose members have been accredited as observers in the regions of Casablanca, Rabat and Kénitra, stressed that due to the health situation, France, for example, had postponed the municipal elections for a few months, which is not the case for Morocco which, thanks to its management of the health crisis, made a reasonable choice to maintain the holding of these elections, which had a national turnout of 50.35%. Morocco has nothing to envy European countries in terms of electoral organization, said this elected representative of the city of Evreux (France), who highlighted the precious contribution of local authorities which ensured the organization of the election in optimal conditions. Regarding parity, Ettazaoui said noted that “as observers, we noted that the gender factor was respected in the polling stations, a fact which shows that Morocco has made progress in terms of gender equality “.