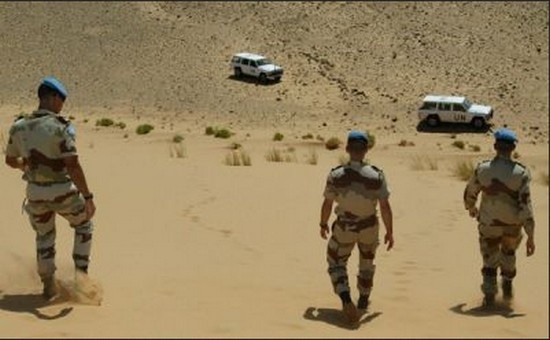 The attempt made last month by the American diplomat Susan Rice to table a resolution seeking to expand the MINURSO mandate to the issue of human rights in Western Sahara has exposed the real challenges of this regional conflict, commented French weekly Le Point.
It took the personal intervention of King Mohammed VI and the cancellation of planned joint Moroccan-US military exercises to defuse the crisis. Faced with the Moroccan determination, the other members of the Group of Friends of the Sahara (Russia, France, Spain and the UK) have quickly distanced themselves from the U.S. initiative.
Seemingly, the initiative had not been the subject of prior consultations within the U.S. administration, which eventually corrected the error, and the world powers refused to destabilize a region already weakened somewhat by the pressure of terrorist and separatist groups and where “Morocco stands out as an island of stability,” said Le Point.

The collusion between the Algeria-backed Polisario Front, which is claiming the independence of Western Sahara, and terrorist groups operating in northern Mali is no longer a mystery. France, which has managed to neutralize the armed Islamist groups entrenched in northern Mali, is fully aware of the situation in the region.
France’s standpoint was actually renewed in a clear cut way by Francois Hollande during his visit to Morocco in April.
The French President has indeed reaffirmed his country’s “firm and unequivocal” support to Morocco and to the autonomy plan for the Western Sahara, underlined the weekly which recalled that the international community adheres to this approach and deems that “the status quo is unacceptable and that it is necessary to find a solution to the dispute between the Kingdom of Morocco and Algeria.”
“Although since the entry into force of the cease-fire in 1991, the final status of Western Sahara remains to be determined, the world powers and the UN Security Council have reaffirmed, in a resolution passed unanimously on April 25, 2013, the pre-eminence of the autonomy initiative presented by Morocco,” wrote the weekly.