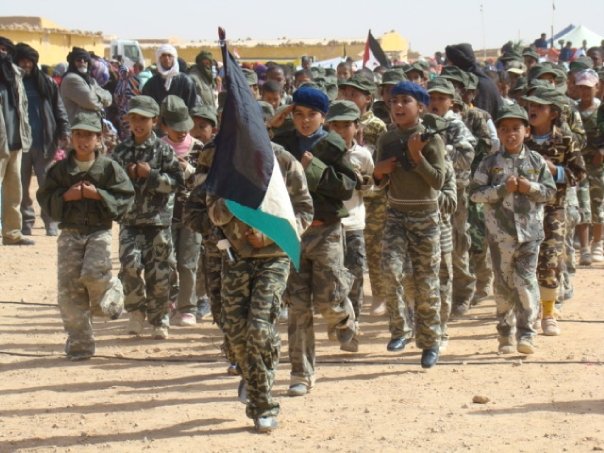 Hundreds of children from the Polisario-controlled Tindouf camps are deported every year to Cuba. These children are forcibly separated from their parents and shipped manu-military to Cuba where they undergo communist indoctrination at a time the international community and NGOs, which have their eyes riveted on human rights in Western Sahara, are showing total indifference to their fate.
Details of this appalling adventure were revealed by a Sahrawi from the Rguibet tribe who managed to escape the hell of the Tindouf camps upon return from Havana. Hamoudi Al Bihi, 26, was part of a contingent of hundreds of Sahrawi children conveyed to Cuba in 1989. He was then 9 year old.
He spent there nearly 15 years before being repatriated back to the Aousserd camp where his family lives. Right after his return from Cuba, he managed to escape from the Tindouf camps, crossed the northern border of Mauritania and arrived in Morocco.
“We were sent to Cuba at a very early age. We were just kids but we were used as a means to keep our families hostages in Tindouf and prevent them from returning to Morocco,” said Al Bihi in an interview with “The Economist” daily.

“We were actually trained to be enrolled in the Polisario militias,” said the young Sahrawi who claimed that while he was studying pharmacy at the Garcia Marques University in Guantanamo (Cuba) he also underwent stringent military training.
In Cuba, those children, aged between 8 and 10, were totally banned from any contact with their families. Education and military training were provided by Cuban instructors in military barracks, said, with deep emotion, Hamoudi Al Bihi who still remembers how they were awakened in the middle of the night to start very hard training sessions under pouring rain and in muddy terrain.
“We were trained to handle both light and heavy weapons,” he said, adding that when he returned to Algeria, his pharmacy degree and passport were confiscated.
The Polisario uses this stratagem with all young Sahrawis to force them to rally the army and prevent them from escaping from the camps that are constantly controlled by the Polisario armed militia with the support of the Algerian army deployed in the region, he said.