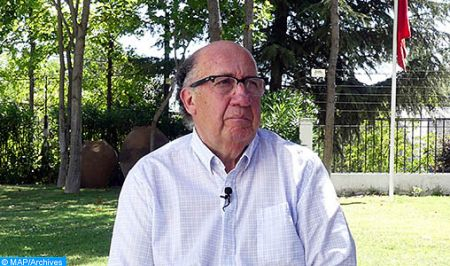 The substantial participation in the September 8 elections at the level of Morocco’s southern provinces is a plebiscite of the development policies implemented in these regions, said Roberto León, a Chilean jurist and president of the Chile-Morocco Global Foundation. The high voter turnout in the southern provinces means that “the policies implemented by HM King Mohammed VI have achieved their objectives,” Roberto León told MAP in reaction to last Wednesday’s elections. According to him, the people of these regions, by their massive attendance to polling stations, express frankly and unequivocally their satisfaction with the level of development achieved through the authorities’ support. “Wednesday was a great day for Moroccan democracy,” he insisted, revealing his “great joy and satisfaction” concerning the circumstances in which the elections were held. Furthermore, the Chilean jurist appreciated how “a well-informed population is able to produce change in the equilibrium of political powers.” These well-informed citizens were free to cast their votes in this triple electoral operation, he underlined.