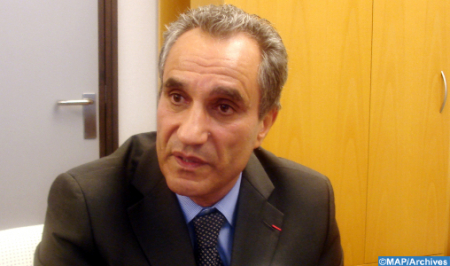 Foreign investors are increasingly interested by Morocco’s southern provinces, which have become a lever for investment and growth, said the Moroccan ambassador in Warsaw, Abderrahim Atmoun. Atmoun, who is accompanying a delegation of Polish businessmen on a prospecting mission to Laayoune and Dakhla, underlined that the attractiveness of the southern provinces to foreign investors has been reinforced by the launch of several structuring projects. The main objective of this mission is to learn about the development efforts made by Morocco at the national and regional levels, in particular in the southern provinces, and to observe in situ the efforts made through several infrastructure projects carried out in different sectors, in particular in the regions of Laayoune-Sakia El Hamra and Dakhla-Oued Eddahab, he said in an interview with MAP. He added that this visit will also provide an idea about ​​potential investment sectors, with a view to creating wealth and employment opportunities in the region, stressing that Morocco, thanks to its geographical location, its openness, its culture, its diversity and its favorable business climate offers an ideal asset to foreign investments, in addition to a taxation system favorable to investment. It is thus an opportunity for Polish companies to examine the opportunities offered by the region and the assets of political stability and economic development that Morocco is experiencing thanks to the daring reforms carried out by HM King Mohammed VI, the diplomat added. According to Mr. Atmoun, this visit, the first of a delegation of Polish businessmen of this size, strengthens the credibility and confidence of foreign investors in the destination of Morocco, stressing that the Kingdom, reinforced by its stability and free trade agreements with more than fifty countries, is a real platform for business and a gateway for other markets, especially African and Arab ones. The priorities of the industrial sector as well as the business and partnership opportunities likely to interest Polish investors and businessmen will be highlighted during this visit to the southern provinces with meetings planned with the Regional Investments Centres and the Moroccan private sector which will focus on investment opportunities in various promising sectors in the southern provinces.