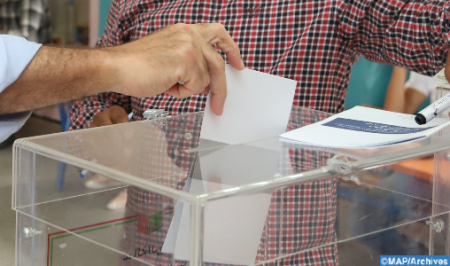 MEP Tomáš Zdechovský on Wednesday highlighted the high voter turnout recorded in the southern provinces of the Kingdom in the elections of September 8, deeming it as a “clear indication.” “Elections in Morocco have seen a nationwide voter turnout of 50.35%, marked by a strong participation of populations in the Sahara to elect their representatives, with a high voter turnout in Laayoune (66.94%) and Dakhla (58.30%). A clear indication,” the Czech MEP wrote on his Twitter account. The European Union had underlined “the increased participation” of citizens in these elections. “The EU has followed the national, regional and local elections in Morocco with great interest and took note of the high voter turnout,” EU spokesman Peter Stano told MAP. “The EU looks forward to working with the new Moroccan government to further strengthen our Euro-Moroccan partnership for shared prosperity in all areas of interest, in line with the 2019 Joint Declaration,” the EU spokesperson added.